It would be easy to think, like most people apparently do, that stress and the computing (and especially programming) industry were unlikely bedfellows. The habitual image of long-haired young “geek” programmers churning out ‘software’ from their teenage bedrooms is one that many still associate with mainstream programmers. Stereotype or not, this image is still commonly held, and the armies of deadline-bound, overworked and stressed-out programmers in the real World are all but forgotten in the melee that is the result of the technological age.

Stress is widespread within the computer industry, perhaps even endemic. From the assembly-line manufacturers forever looking to increase throughput to the debuggers whose time requirements weren’t in the original production schedule, pressure on those who work in the industry is at an all-time high and it is only going to increase as margins drop and further efficiencies are required.

Even getting into the industry can be stressful – like private companies, many educational institutions are now usurping control of the code written on their campuses via “ownership” clauses which leave the originators of ground-breaking code with nothing to show for their efforts. Having something to show at interview is becoming increasingly difficult not just for existing programmers, but for the “new wave” just emerging from colleges and universities with excellent qualifications, but nothing they “own” to demonstrate.

Once the elusive job does come along, things rarely improve. Our “immediate” society is a result of the computer age and effortless sourcing of products and services via the internet. How many programmers have faced the challenge of meeting impossible deadlines with the threat that the next job will go to cheaper labour overseas that can do it in half the time? This leads to longer working hours, less rest, exhaustion, errors and then the cycle starts again – is that really what we expected when we entered the industry? So how can you reduce the stress put upon you by this relentless march of “progress”.

First of all, an ounce of prevention is better than a pound (or should that be a ton?) of cure. By ensuring that your contracts are fair and considerate to both sides, you could remove a lot of stress later on. Here are five easy steps to help prevent stress in you next contract:

If a deadline is too short – say so. If it seems short now, it will only seem much shorter later.

When you are assessing the requirements of a job, make sure you’ve got some wiggle-room. Nine times out of ten, you’ll need it (or at least appreciate it!)

Check your facts, figures, requirements and timings. If you have made an error, you want to find out now, not later when you’ll be held to what you quoted.

It helps to have an ace up your sleeve. If things really go wrong, where can you get extra help. Build contingency arrangements with others in your field and help each other out when you need it.

Stress creeps up on you unexpectedly. Do routine reviews against your plan and make sure you’re still on course. If not, DO something about it and always, ALWAYS let the client know.

Sat Dec 24 , 2022
Make investments time in unpaid marketing strategies to boost your business. Within the era of digitalization website secure is a must. Safe website is your guarantee to realize potential clients and users’ trust. Verify your web site meets all the security requirements like presence of SSL certificate , server model […] 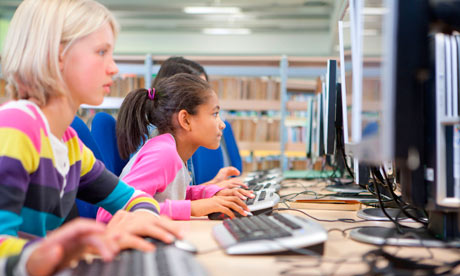